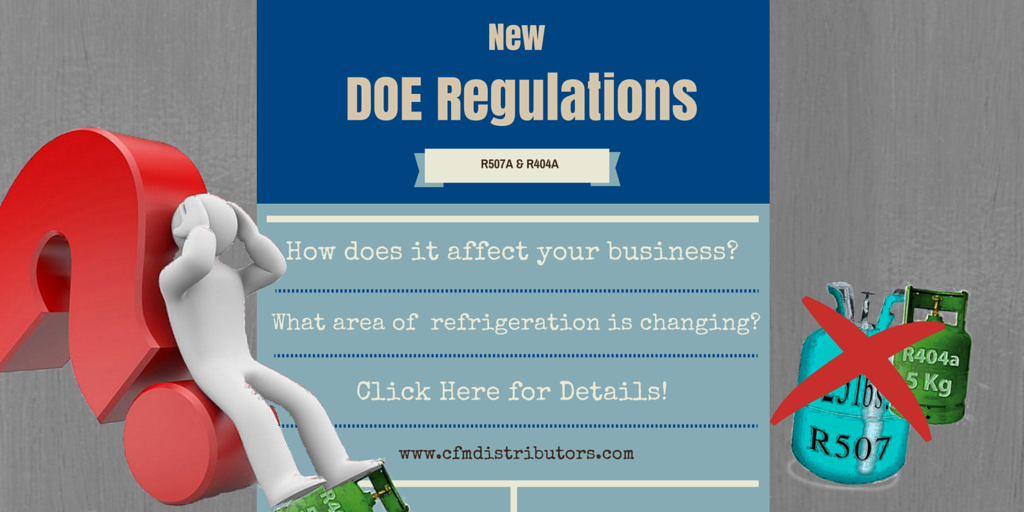 With the EPA issuing of its final rule on delisting select HFC (hydrofluorocarbon) refrigerants on July 2, 2015 many questions are being asked:

These are just a few of the questions we are hearing around the industry at this time. We have provided the FAQ’s provided by Heatcraft and an informative webinar led by Dr. Rajan Rajendran. Heatcraft (BOHN) Refrigeration EPA Final Rule FAQ will be very helpful for customers to quickly get informed of the recent changes coming. The FAQ also breaks down key timelines for compliance, as well as equipment definitions for new installations and retrofit installations.

To better help our customers understand these new regulations, and how they will affect their business, cfm will continue and compile the best resources from our partners, equipment suppliers, and HVAC/R industry associations. It comes highly recommended that all refrigeration customers become familiar with the EPA’s SNAP Program Fact Sheet! You can find this EPA SNAP Program Fact Sheet on the EPA Website at http://www.epa.gov/ozone/snap/index.html.

What is the Rulemaking?

What is the scope of the Rulemaking?

The ruling includes enclosed walk-in coolers and freezers used for general storage which can be walked into, with a floor space of 3,000 ft2 or less. The ruling also includes unit coolers used for walk-ins attached to multiplex refrigeration systems serving multiple refrigeration loads, as are frequently used in grocery stores.

What refrigeration equipment/applications are not covered?
What is the effective date?

The effective date of the final rule was August 4, 2014. All equipment manufactured on or after June 5, 2017, must be compliant.

What does “vacating” of a rulemaking mean?

Vacating means the requirement to achieve the minimum energy efficiency targets by June 5, 2017, are no longer in effect and sent back to DOE to reestablish new minimum efficiency standards and a compliance date.

What are the key provisions of the settlement agreement?

The nine (9) standards and compliance date for panels and doors used in walk-in coolers and freezers remain unchanged.

What are the next steps in the process?
When the new standards are determined what will be the enforcement date?

The new enforcement date has not yet been defined. However, it is likely that this date will be on or after January 1, 2020.

What about the standards for WICF doors and panels?

The WICF standards for doors and panels are not affected by this settlement and must be compliant by the original ruling date of June 5, 2017.

When the new ruling gets finalized and goes into effect, what are my responsibilities as wholesaler or installing

The DOE requires that the equipment manufacturer certify to DOE all equipment meeting the minimum efficiency regulations.

The individual who selects or installs this equipment must only use equipment which has been certified compliant by the DOE.

Does this regulation impact replacement equipment?

Yes, it will impact all equipment manufactured on or after the new enforcement date for both new and replacement applications.

What is the efficiency metric used by the DOE?

The efficiency will be measured with the Annual Walk-in Energy Factor (AWEF). AWEF is a measure of the annual efficiency of the refrigeration system and includes the impact of seasonal temperature changes, as well as, different WICF box loads. It is the ratio of annualized capacity divided by input power (BTUH/Watts).

How will the DOE ruling impact the cost of products I purchase?

It is too early to predict. Heatcraft will focus on minimizing the cost impact while still attaining the DOE minimum efficiency levels.

Is the ruling based on the date of sale, installation or date of manufacture?

The ruling is based on the date of manufacture. All products manufactured by commercial refrigeration equipment manufacturers after the new enforcement date must comply with the ruling.

How will this impact what I sell to my customer?

I am based outside the US and buy directly from Heatcraft. Will this impact what I buy?

The DOE ruling only impacts products sold and installed in the United States. As such, products sold to Canada, Mexico, Latin America or other regions outside of the United States are not required to comply with the DOE ruling. However, Natural Resources Canada (NRCan) has published a proposed efficiency rulemaking that will establish minimum efficiency standards for Walk-In Cooler &amp; Freezers that align with the DOE regulation.

How do we determine the energy efficiency on a field built system?
Do the standards require a matched unit cooler and condensing unit selection with a specified expansion device?
How do we evaluate efficiency on a system with variable operating conditions and critical varying load?
Does the new DOE WICF standard require moving to a packaged system?
Does the new DOE WICF standard require the use of specific refrigerants?
What is the EPA SNAP Program?

The U.S. Environmental Protection Agency’s (EPA) Significant New Alternatives Policy (SNAP) is a program to evaluate and regulate ozone-depleting and high global-warming potential (GWP) chemicals as authorized by the Clean Air Act (CAA). As part of the SNAP program, the EPA both approves new and delists (i.e. deems unacceptable for use) existing refrigerants used in various end-use applications, including the food retail and food service sectors.

What is the SNAP Refrigerant Delisting Final Rule?

On July 2, 2015, the EPA issued its final rule on the delisting of certain hydrofluorocarbon (HFC) refrigerants for use in specific end-use refrigeration applications and communicated alternative refrigerants approved for use. The final rule will become effective on August 19, 2015.

Is this an official ruling from the EPA?

Yes, this is the final rule and was published in the Federal Register on July 20, 2015.

If I am installing a condensing unit that is serving a walk-in cooler/freezer in a supermarket application, must I be in compliance by January 1, 2017?

The January 1, 2017, date only applies to components tied to a multiple-compressor rack serving supermarket applications. The application described would need to comply with the Remote CDU date listed of January 1, 2018.

What if I am using a multi-compressor rack in a convenience store application, by which date must I be in compliance?

If the multiple-compressor rack is serving a food-service or food-retail function, the application falls under the supermarket end-use category and needs to comply by January 1, 2017.

Does the compliance date listed reflect the manufacture date, date of installation or date of commissioning?

The compliance date refers to the date the equipment is commissioned. Heatcraft strongly encourages all customers and concerned parties to become familiar with the rulemaking to better understand the potential impact on your business. For additional details on the final rule including a Fact Sheet created by the EPA summarizing the ruling, log onto the EPA’s SNAP Program website at http://www.epa.gov/ozone/snap/index.html.

To help keep our customers, and other involved parties, informed we are sharing this webinar hosted by: 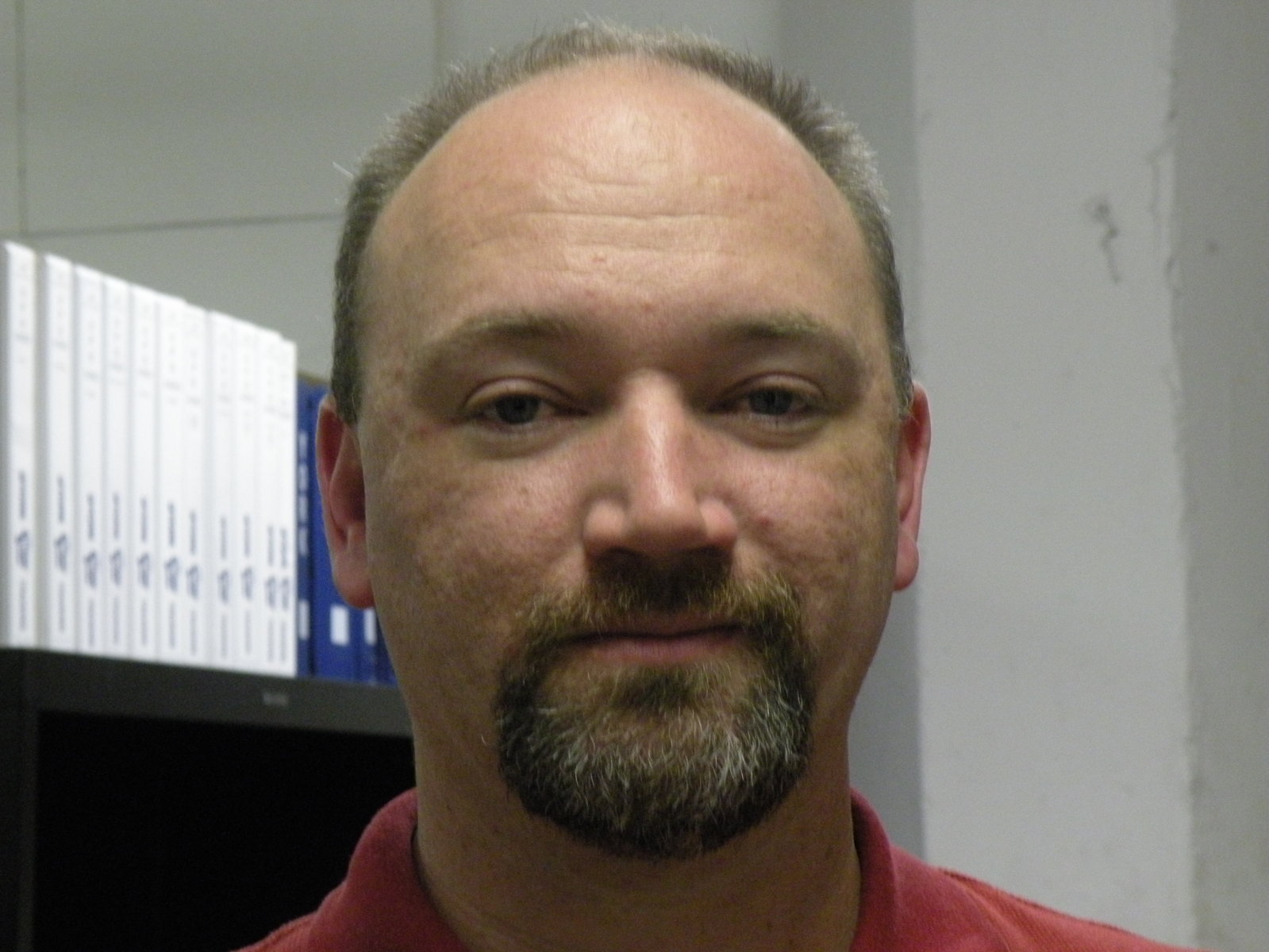 How Customers Find Your Business

Back to blog
Back to top